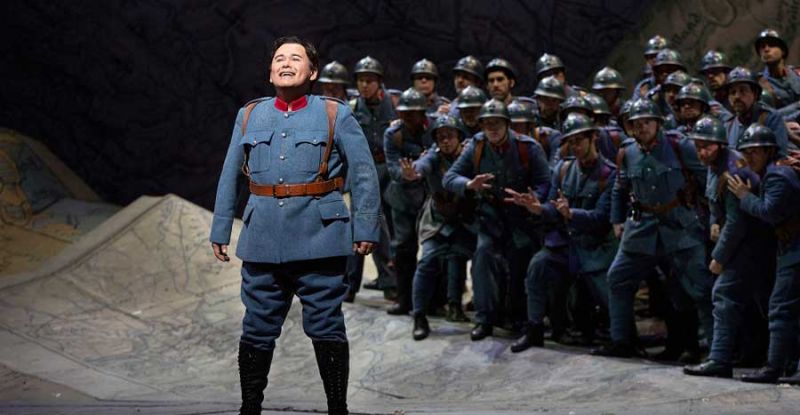 La Fille du Régiment is one of the most unique comic operas around.

Marie was discovered as a baby among the Austrian mountains and taken in by the soldiers of an army regiment, whom she thinks of as her fathers. Now a young woman, Marie falls in love with a man named Tonio. Tonio joins the regiment, at Marie's request. When Tonio is about to be shot as a spy, Marie must save his life...
This intriguing and comic two act opera was written in Paris by Gaetano Donizett, and was first performed in 1840. It has gained in popularity ever since, and recently in the famous La Scala opera house in Milan gained the first encore in 74 years.

Now a young woman of 21, Marie emerges onstage with her 'fathers': the men who took her in after they found her as a baby on a battlefield among the Austrian Tyrol mountains. Marie falls in love with a young man called Tonio, and asks him to join the regiment, as she has sworn to only marry a soldier of the regiment. However, Marie's true identity is seemingly revealed when a marchioness claims her as her niece. Marie leaves the regiment to follow her new found aunt, the marchioness. Before Marie leaves, she saves Tonio's life: he was about to be shot for being a spy. Marie and Tonio sing of their love for each other.

Marie is living a fine life with the marchioness, and is betrothed to marry the son of a rich duchess. Living with her is Sulpice, one of the old soldiers whom she had called 'father'. Suplice is now an invalid, and a good friend to Marie. One day, the regiment marches past, and Marie sees Tonio, her long lost love. Marie throws all of her fine clothing and jewels aside and rushes to Tonio and embraces him. The duchess is angry with Marie for wishing to marry a man so beneath her social status and storms out in anger. The marchioness, however, is delighted, and gives Marie and Tonio her blessing. She reveals that she is in fact not Marie's aunt at all, but her mother.

The cast rejoices at the marriage of Marie and Tonio.

Marie, La Fille du Régiment, a lady attached to an army regiment, coloratura soprano
Tonio, a young Tyrolean, who becomes a soldier in the regiment to which Marie is attached, tenor
Sergeant Sulpice, a sergeant in the regiment and a good friend of Marie, whom she thinks of as a 'father', bass
The Marquise or 'Marchioness' of Birkenfeld, a middle aged lady who claims she is Marie's aunt, but reveals herself to be her mother, contralto
Hortensius, a butler, bass
Corporal, another soldier in the regiment, bass 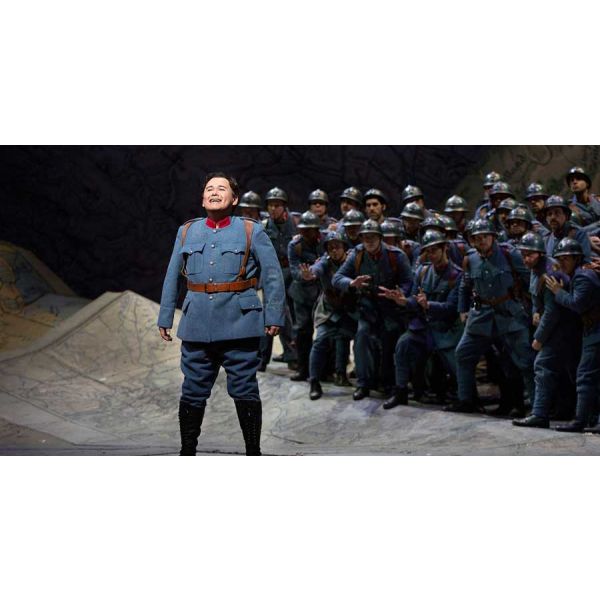 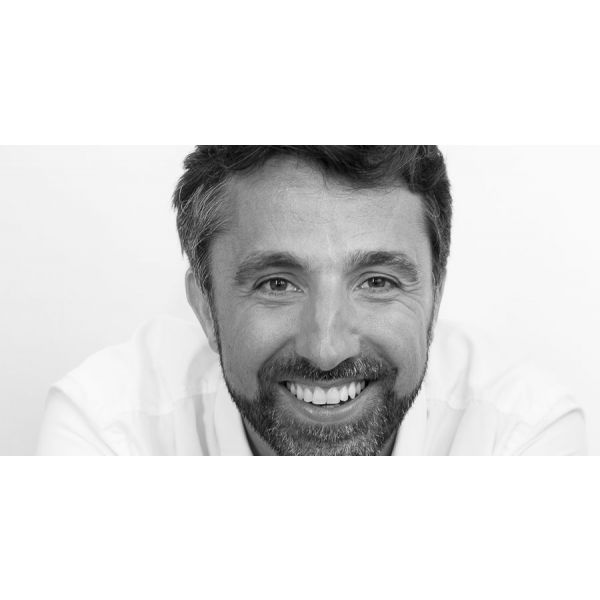