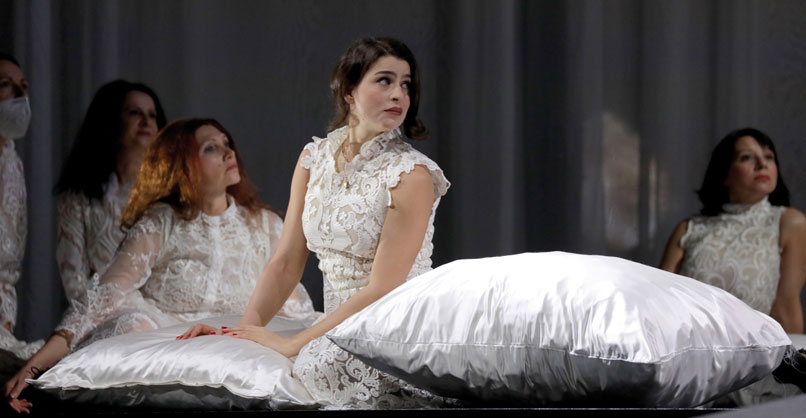 The Lithuanian soprano Asmik Grigorian's stage debut was an explosion. Born into a family of artists (her father is the star tenor of the Mariinsky, Gegham Grigorian), winner of numerous competitions, the young artist immediately won over the hearts of the public thanks to her commitment on stage and her exceptional voice. She took her first steps at the Vilnius Opera and soon joined the Mariinsky troupe.

Her career immediately took an international turn. Vienna, Barcelona, Paris and Stockholm invited her to perform in a varied repertoire, including Rusalka, Eugene Oneguin's Tatiana, Cio-Cio-San (Madama Butterfly) and also the heroines of Richard Strauss (Salome, Chrysothemis), Korngold and Berg. The Salzburger Festspiele offered her several roles and venues such as London's Covent Garden, the Vienna State Opera and the Bayerische Staatsoper were all asking for Asmik Grigorian!

Her astonishing vocal resources and the intensity of her performance place her in the category of exceptional artists who burn themselves out on stage. Asmik Grigorian is the new big star of the sopranos!