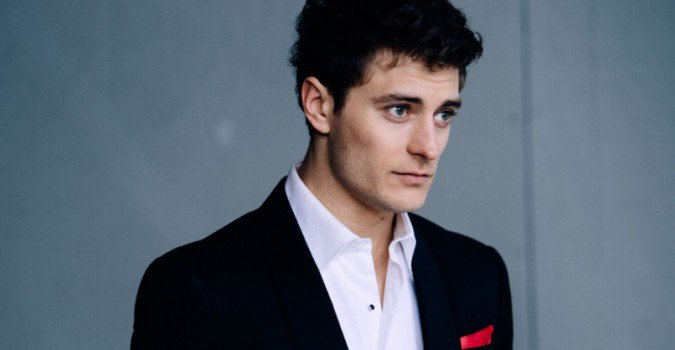 He is less than thirty years old, with an angelic face and a voice with a warm timbre that promptly allows him to play in the field of great performers of ancient music, in particular Handel. Polish countertenor Jakub Józef Orliński has quickly made a name for himself as a singer with a striking vocal beauty and bold staging.

With a beautiful timbre, a harmonized voice and a lot of charisma, the Polish countertenor seems to have all the necessary assets to continue his momentum. The effortlessness that surfaces from his way of approaching the greatest difficulties makes him perform with a sense of expression that renews the art of castrati as it was practiced in the 17th and 18th centuries.

Polish countertenor Jakub Józef Orliński has quickly emerged as one of the most vibrant performers on the international classical music scene, triumphing on stage, in concert and on recording. An exclusive artist on the Warner/Erato label, his first recording Anima Sacra has garnered critical accolades and earned him the prestigious Opus Klassik award for Solo Vocal Recording. His sold-out concerts and recitals throughout Europe and the United States have attracted new followers to the art form, and his live performance of Vivaldi’s “Vedro con mio diletto,” filmed at the Aix-en-Provence Festival in 2017, has amassed more than four million views. Television appearances, including the “Concert de Paris” at the Eiffel Tower and “Rebâtir Notre Dame de Paris” both with Orchestre National de France as well as Les Victoires de la Musique Classique awards concert accompanied by the Orchestre de l’Opéra National de Lyon, have been broadcast to millions worldwide. This year he was the subject of a major profile in The New Yorker and featured in Polish Vogue. His second album release – entitled Facce d’amore featuring Baroque operatic arias written for romantic male characters – will be released in November 2019 and will tour throughout Europe with Il Pomo d’oro.  He will also be featured on Warner recordings of Agrippina opposite Joyce di Donato and on a disc of selections with L’Arpeggiata with Christina Pluhar.

Jakub Józef Orliński graduated from the Juilliard School in 2017 and immediately began his international career as Orimeno in Cavalli’s Erismena in his debut at the Aix-en-Provence Festival. He followed this with his role debut in the title role of Handel’s Rinaldo at Oper Frankfurt in a stunning production by Ted Huffman. While still at Juilliard, he debuted with the Händel-Festspiele in Karlsruhe in music of Handel and Vivaldi; at Carnegie Hall in New York; as well as with the Houston Symphony. He also collaborated with Les Arts Florissants in Vivaldi’s Stabat Mater conducted by Paul Agnew; performed with Music of the Baroque in Chicago under Jane Glover; and on tour with the English Concert under Harry Bicket as Eustazio in Rinaldo with performances in London, Seville, Madrid, and New York.  Another production of Rinaldo – again in the title role – served as his UK operatic debut at the Glyndebourne Festival. He performed Unulfo in Rodelinda in both Frankfurt and Lille (DVD with Emmanuelle Haïm).  He has performed concerts with the above groups and recitals throughout Europe.

Handel will feature prominently in his 2019/20 season as well. He makes a house and role debut at Opernhaus Zürich singing Cyrus in Belshazzar under the baton of Laurence Cummings. He sings Arsamene in Serse for the first time in his debut at Opéra de Rouen with additional performances in Paris. For his return to the Händel-Festspiele in Karlsruhe, he takes on the title role in new production of Tolomeo. His American operatic debut will take place at San Francisco Opera when he portrays Armindo in Partenope. His touring season includes appearances with his frequent collaborators Il Pomo d’oro at Wigmore Hall, Palau de la Música Catalana, Théâtre des Champs-Elysées, and more; a pastiche program with Les Arts Florissants entitled “Tell Me the Truth About Love” directed by Robert Carsen; and concerts in Italy with Trevor Pinnock and the English Concert. Solo recitals this season reunite him with pianist Michał Biel in performances at Oper Frankfurt and the Santa Fe Chamber Festival.

Additional highlights of past seasons include his Carnegie Hall solo concert debut featuring members of New York Baroque Incorporated; his debut in Russia with sold-out concerts in the inaugural season of Zaryadye Hall in Moscow; and debuts with the Warsaw Philharmonic in Handel’s Messiah and Montreal Bach Festival. He performed critically-lauded solo recitals at Wigmore Hall, Verbier Festival, and throughout Spain, Belgium, Poland, Germany, and the Netherlands.