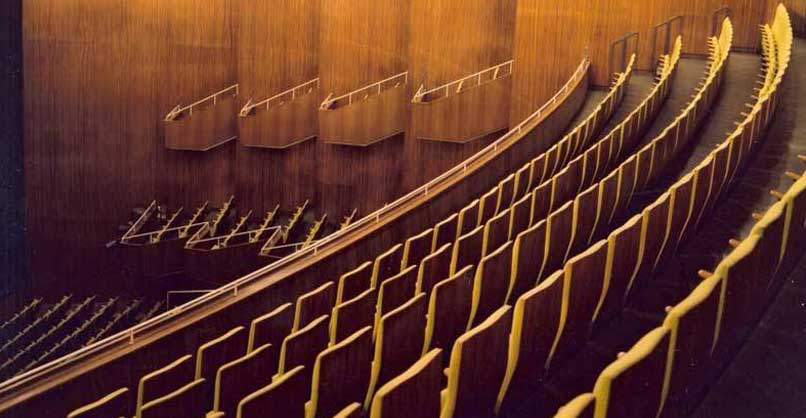 The typical 1950s Berlin Deutsche Oper building is home to one of the largest international opera institutions. With a rich and daring program, with the Staatsoper unter den Linden it offers a wide choice of ballets, operas and concerts that puts Berlin at the top of music lovers' destinations. Donald Runnicles, the musical director of the Deutsche Oper has programmed a season 2019-2020 with many events that must be booked without delay.

To witness, for example, the victory of Sondra Radvanovsky in Aida, her greatest role but also in Lisa in The Queen of Spades of Tchaikovsky, you should buy your opera tickets as soon as possible. Anja Harteros, another exceptional soprano in the role of Tosca, faces the immense Ludovic Tézier in the role of Scarpia. Anja Harteros is also performing in Andrea Chénier "La mamma morta". Is it worth mentioning Anna Netrebko and Yusif Eyvazov in Adriana Lecouvreur? Yes, because the show may display full soon.

The great names of the opera art mingle cheerfully with the singers of the company of impeccable quality. For fans who like to spot the young talents of tomorrow, we strongly recommend a performance of Mozart's Die Zauberflöte with the pretty soprano Siobhan Stagg, the tenors Matthew Newlin or Attilio Glaser for example.

There is so much to see at Berlin's Deutsche Oper. For some years, Roberto Alagna has been saving some of his appearances to the faithful audience of the theater. This season, he performs in the operatic double I Pagliacci and Cavalleria Rusticana, alongside Eva-Maria Westbroek and Aleksandra Kurzak, splendid sopranos. Another great tenor, Klaus Florian Vogt is also a regular on the scene. He offers a true Wagner festival by performing Tannhäuser and Parsifal while Stephen Gould is Tristan facing the unique Isolde of Nina Stemme (also starring in Puccini's Tosca this season) alternating with the superb Wagnerian Irena Theorin. The extraordinary baritone Michael Volle plays Der fliegende Holländer (The Flying Dutchman) while Simon Keenlyside is Amfortas in Parsifal. The German composer is admirably served in Berlin with a new Rheingold directed by conductor Donald Runnicles.

All the repertoires are represented in Berlin's Deutsche Oper with always a first-rate distribution ... Piotr Beczala plays several roles in the great Verdi operas, A ballo in maschera and La Traviata. Ian Bostridge defends like no other tenor this dear Britten with Death in Venice. Anna Pirozzi and Enkhbat Amartuvshin are on display at Verdi's Nabucco. Rachel Harnisch and Evelyn Herlitzius face eachother in Janacek's Jenufa. The sweet Ermonela Jaho embodies Madama Butterfly, Maria Jose Siri and Liudmyla Monastyrska play Leonora in a new production of La forza del destino of Verdi. Two concert versions draw particular attention. The magnificent and rare Thaïs of Massenet is defended by the duo Nicole Car and Etienne Dupuis (also in La forza del destino). But above all, all music lovers await Sabine Devieilhe in Dinorah of Meyerbeer. The big event of the season is part of a remarkable cycle not to be missed of Meyerbeer's operas with The Huguenots and The Prophet (directed by Olivier Py) where we find the great voices of Erin Morley, Clémentine Margaine , Gregory Kunde, Florian Sempey or Philippe Talbot, outstanding!

As for the dance shows, the superb company of the Staatsballet offers many highlights in Berlin with the absolute masterpieces of Tchaikovsky, Nutcracker and Sleeping Beauty (directed by conducter Alondra de la Parra). Jewels by George Balanchine and the mesmerizing Giselle are also on the program of this dance season 2019-2020. All that is left to do is to book your tickets for a performance at the Deutsche Oper Berlin!