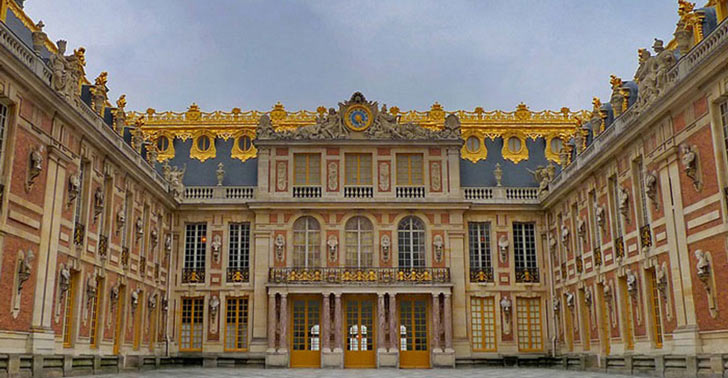 When you see a show at the Royal Opera or the Royal Chapel of Versailles, it always is a bit of a miracle and there is certainly magic in the air. In the world, few places are as full of history and, above all, few historical halls are still capable of receiving opera, theater or ballet productions. In addition to concerts, the Château de Versailles offers productions of incredible quality. Baroque music is obvious here and many of the 17th and 18th century composers are played but there is more.

It is necessary to reserve your places without delay for ballets, for example the extraordinary Boléro of Maurice Béjart, Gravité by Angelin Preljocaj (created in 2018) or the ballet Marie-Antoinette danced by the company of Thierry Malandain, a very big success. Some events are also to be booked without delay, such as the recital of the young Jakub Józef Orlinski with his mesmerizing voice that takes place in the Hall of Mirrors or the recital of the great pianist Alexandre Tharaud in this more than majestic place.

As the Beethoven year requires, a superb series is scheduled with all the symphonies of the master, led by the great French conductor François-Xavier Roth. The complete Violin Sonatas are served by the big stars Renaud Capuçon and Kit Armstrong while the piano concertos are offered by Barry Douglas who also leads from behind his keyboard. The wealth of the programming at the Château de Versailles is reflected in the notoriety of the great artists and the great voices that perform there like Véronique Gens, Patricia Petibon, Sabine Devieilhe, Gaëlle Arquez, Chantal Santon Jeffery, Eva Zaïcik, Michael Spyres, Cyrille Dubois, Stanislas de Barbeyrac or Marc Mauillon ...

You have to book tickets for the recital of beloved superstar Cecilia Bartoli who returns to Versailles with the airs of Porpora, Caldara, Giacomelli in tribute to the castrati.

Philippe Jaroussky who is a regular to the place comes to the Royal Opera of Versailles for a Händel recital, and Vivaldi. He is back on display with Valer Sabadus and Christina Pluhar. Another superb voice to reckon with, contralto Lucile Richardot offers four concerts including The Royal Ballet of Night led by Sebastien Daucé.

There are so many events not to be missed at the Château de Versailles! A magnificent cycle of religious music is proposed with Jordi Savall who directs Bach's St John´s Passion or with the recital of this other Bach specialist, Ton Koopman. Not to be missed in the Royal Chapel, the Mass in C of Mozart directed by Raphael Pichon (and with Sabine Devieilhe) or the Messiah of Handel by Václav Luks, your tickets are to be booked without delay. In concert version, many operas mark the season as Mozart's Finta Giardiniera directed by William Christie, Berlioz's Benvenuto Cellini by John Eliot Gardiner, Lully's Cadmus and  Hermione by Vincent Dumestre, Les Boréades a masterpiece of Rameau by Václav Luks or a sumptuous Orfeo of Monteverdi by Leonardo García Alarcón.

But the most remarkable without doubt are the operas in stage version with this season 2019-2020 events not to be missed especially the historic Richard Lion Heart of Grétry (last opera played in situ before the Revolution) or this joyous Ercole Amante of Cavalli by Valérie Lesort and Christian Hecq. The Bourgeois Gentilhomme of Molière on the music of Lully is fortunately reprogrammed for the 350 years of the play.

Let's also mention a Platée of Rameau by Corinne & Gilles Benizio, a Pasticcio staged by William Christie and Robert Carsen or the Périchole of Offenbach with the duo Marc Minkowski / Romain Gilbert all very eagerly awaited performances. Just like the musical pleasures it offers us, the Château de Versailles is a festival to be celebrated every moment.

Versailles was a little village born during the ninth century. Located on the route from Paris to Normandy, the city managed to grow economically. Louis XIII bought forest parcels starting from 1623 before building his hunting pavilion on one of the hilltops. In 1632, Louis XIII acquired Versailles castle. He extended the castle to settle better. Versailles had around 1000 inhabitants at the time.

Louis XIV got interested in Versailles in 1661. As he wished to move away from Paris, Versailles castle seemed like to perfect place for him. He ordered the extension of the palace and its parks to be able to welcome the Court. In 1678, he definitively installed his Court and government in Versailles. The palace became more prestigious. The Hall of Mirrors was finished in 1684. The development of the city was quick and some construction limitations were set (height of the buildings, …). When the Sun King died, Versailles had 30.000 inhabitants.

Under Louis XV’s and Louis XVI’s reigns, Versailles grew as well. The strict construction rules were abolished and the buildings were built taller. In 1789, Versailles was the third or fourth largest French city with 37000 inhabitants. Naturally, Versailles was the cradle of the French Revolution. The Estates-General met in Versailles on May 5th, 1789. On October 5th and 6th, the royal family was forced to come back to Paris. Then the palace was emptied of its valuables and abandoned. Versailles went from 50 000 inhabitants down to 28 000 in 1824. The city was taken twice by the Prussians. The Germans even declared William I the German emperor in the Hall of Mirrors on January 18th, 1871.

Versailles became the administrative centre of the Yvelines department in 1965. Nowadays, Versailles is a chic Paris suburb, overlooked by the Palace of Versailles.

What to do in Versailles?

Visit the Versailles Castle and follow the French Kings’ footsteps! Admire the architecture, the furniture and the palace’s rich decorations.

Get into the royal gardens, walk around and discover all the paths. Go by daytime, but also nighttime if you visit the palace in summer! The “Fountain Night shows” are worth the detour during the summer… especially the fireworks! You should also visit the Estate of Trianon with Marie-Antoinette’s Hamlet, the Petit and Grand Trianons and the gardens!

Versailles is THE royal city, but also a musical city! What would a royal city be without a royal opera? When the palace’s northern wing was built, Louis XIV wanted to build an opera. This project was dropped due to the lack of funds. In prevision of his grandchildren (including Louis XVI), Louis XV demanded the project to be continued in 1768. The Opéra Royal de Versailles was inaugurated for Marie-Antoinette and Louis XVI’s wedding on May 16th, 1770. The venue was restored to its original state in 2009. The venue’s seating plan is very different from other venues’ plans: the auditorium is oval. This enables great acoustics and view of the stage. Moreover, the venue is fully made of wood, which guarantees great acoustics. The Royal opera can welcome around 700 spectators.

Every year, the opera offers a beautiful opera and ballet season in Versailles as well as a summer Festival not to be missed.

The Royal Chapel was blessed on June 5th, 1710, it has two floors so the King may attend to the ceremonies from his balcony. Gorgeous on the outside, the chapel shines even brighter on the inside! The paintings of the ceiling are beautiful… so is the organ! Nowadays the Royal Chapel welcomes concerts throughout the season!

Book your opera and ballet tickets for Versailles Royal Opera House or the Royal Chapel! 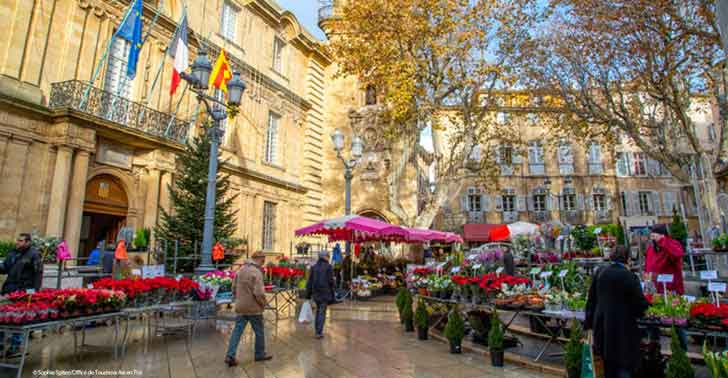 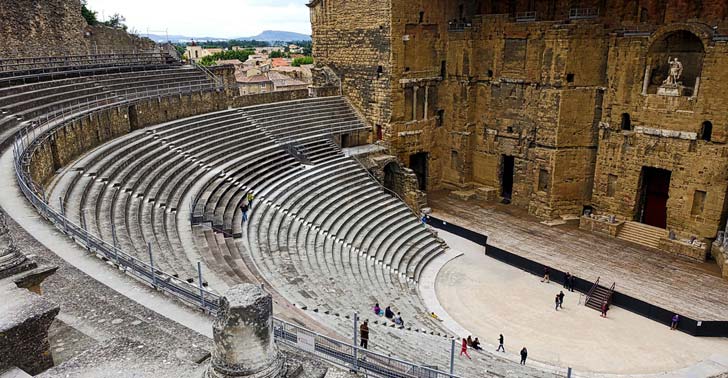 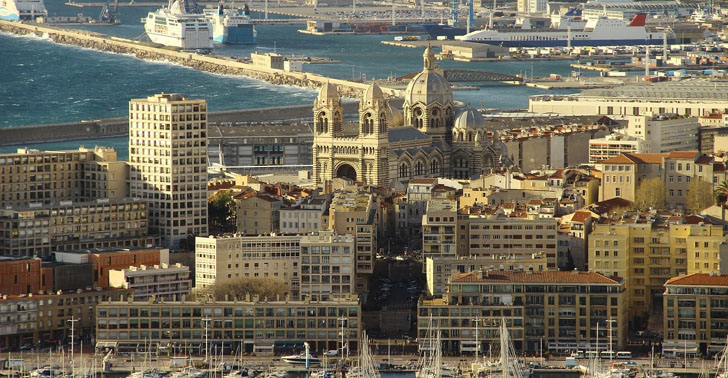 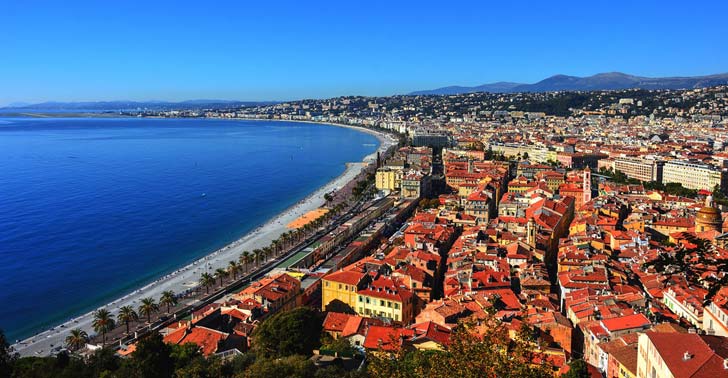 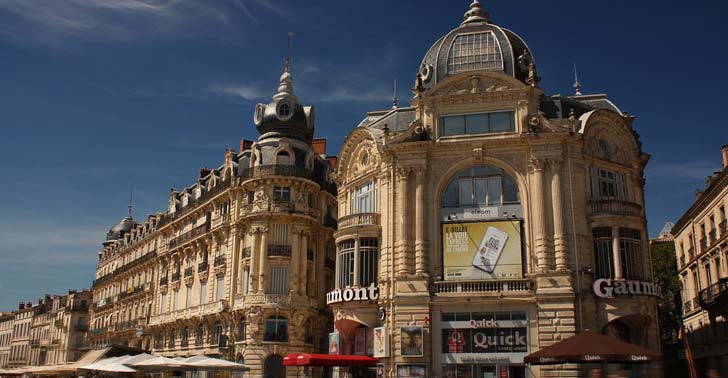 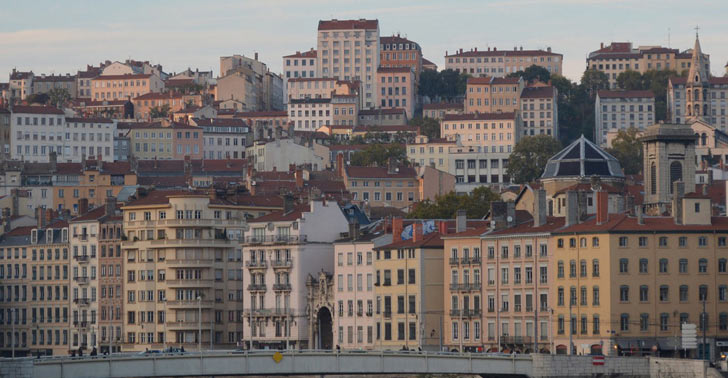 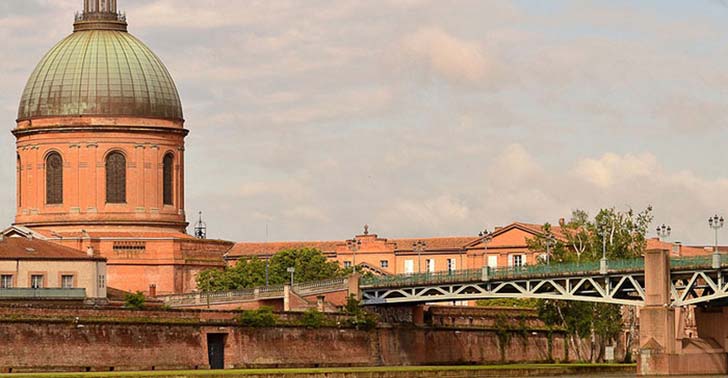 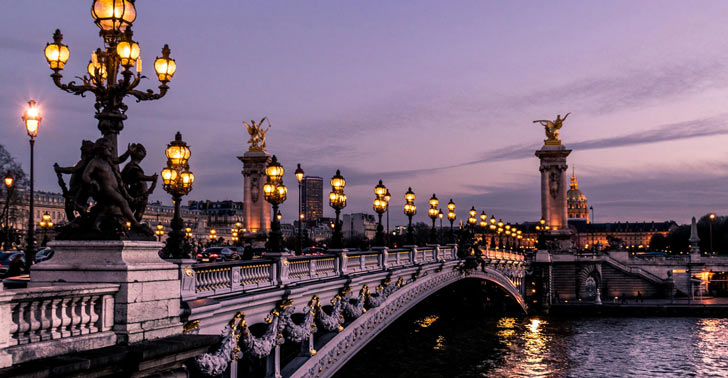