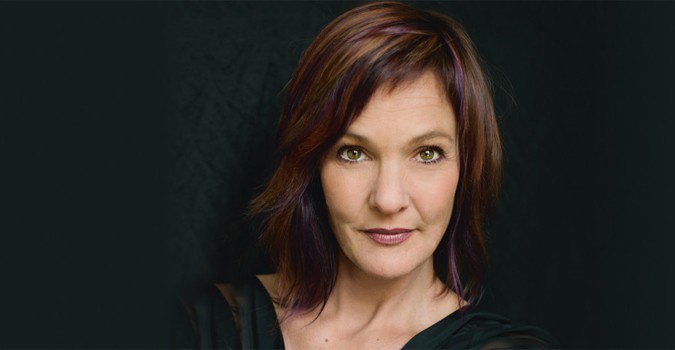 After studying to become a teacher of music, Marlis Petersen dedicated herself fully to singing.
Educated by the famous coloratura soprano Sylvia Geszty, Ms. Petersen began her professional career in 1994 with the Nuremberg State Opera and henceforth 1998 the German Opera on the Rhine.

2003 marked the beginning of a closely watched international career as a lyric soprano. Among a variety of roles, Ms. Petersen quickly gained high praise singing Alban Berg´s heroine, Lulu.
Her performances of Berg's masterpiece have met with great critical and popular acclaim during ten different productions across Europe and the United States. The success of her Lulu performances at the Bavarian State Opera and the Metropolitan Opera in New York created a worldwide sensation and are both available on DVD.

As a concert singer Ms. Petersen appears regularly around the globe, collaborating with celebrated orchestras and conductors, singing both the classical and baroque repertoire with many notableperiod-practice ensembles. In January 2017 she opened the Elbe Philharmonic Hall in Hamburg, presenting Jörg Widmann´s commissioned concerto 'Arche' (Ark). In coming years Ms. Petersen is slated to sing new roles such as Maria Stuarda at the 'Theater an der Wien' and Hanna Glawari at Frankfurt Opera. Leonore and Salome will follow.

She dedicates herself with great passion to the lieder repertoire, giving many solo recitals as well as concerts with her vocal quartet while singing at numerous important festivals and centers, including Schubertiade and Pierre Boulez Hall, Konzerthaus and Philharmonie in Berlin and many more.

With her unique, personally conceived recital programs, she has been invited to Carnegie Hall in New York, Konzerthaus in Vienna and Wigmore Hall in London as well as many other important concert stages throughout the world. A prolific recording artist throughout her career, Ms. Petersen carries a substantial discography, having recorded a wide range of the operatic, concert and lieder repertoire on more than 35 CDs and DVDs.