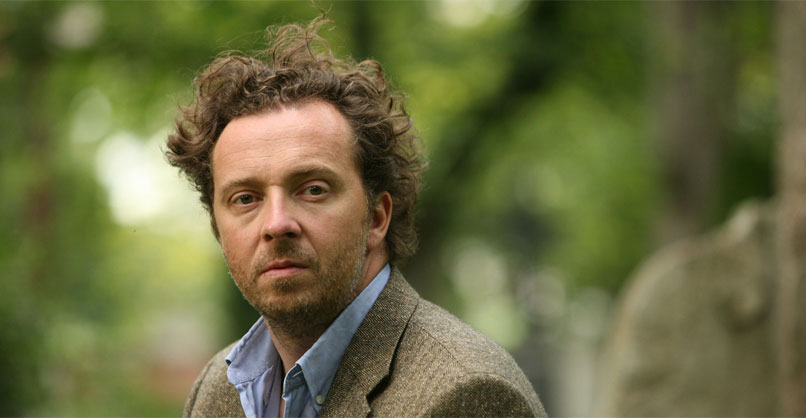 Together with his regular piano accompanist Gerold Huber, Christian Gerhaher has devoted himself to lied interpretation for 30 years now, in concerts, recordings and in teaching, and they have been awarded major prizes. The lied duo can be heard on the stages of major international recital centres, for instance in the concert halls of New York, the Concertgebouw Amsterdam, the Cologne and Berlin Philharmonie and the Cité de la musique in Paris. They are particularly frequent guests in the Konzerthaus and the Teatro de la Zarzuela in Madrid as well as in the Wigmore Hall in London – there and in the Musikverein in Vienna Christian Gerhaher was artist in residence in recent years. He is a regular guest at festivals such as the Rheingau Music Festival, the London Proms, the Salzburg Festival as well as the Edinburgh and Lucerne Festivals.

In the coming season Gerold Huber and Christian Gerhaher focus their work on recording all Robert Schumann’s songs. The season begins, however, with Schubert’s cycle Schwanengesang and in late autumn Christian Gerhaher gives recitals of songs by Wolf, Schubert, Berg and in particular the world premiere in Weimar of Wolfgang Rihm’s Tasso-Gedanken.

Christian Gerhaher has performed together with conductors such as wie Simon Rattle, Daniel Harding, Herbert Blomstedt, Bernard Haitink, Christian Thielemann, Kirill Petrenko, Nikolaus Harnoncourt, Pierre Boulez, Daniel Barenboim, Andris Nelsons, Kent Nagano and Mariss Jansons in the world’s major concert halls. Major orchestras which regularly invite Christian Gerhaher to perform include the London Symphony Orchestra, the Concertgebouw Orchestra Amsterdam, and in particular the Berlin Philharmonic, where he was the first ever singer to be artist in residence, as well as the Swedish and especially the Bavarian Radio Symphony Orchestra. Together with this ensemble, conducted by Daniel Harding, Christian Gerhaher recorded his first album of arias devoted to opera in the German Romantic era and for which he received the International Opera Award 2013. In the meantime another opera recital was issued on CD in 2015: Mozart Arias accompanied by the Freiburg Baroque Orchestra.

In the 2018/19 season Christian Gerhaher can be heard with the Berlin Philharmonic conducted by Ivan Fischer in orchestral songs by Hugo Wolf. He also sings in the revival of the ‘Ritualization’ by Peter Sellars of Bach’s St. John Passion with the Berlin Philharmonic conducted by Sir Simon Rattle and on tour with the Orchestra of the Age of Enlightenment. Christian Gerhaher also goes on tour as soloist in Britten’s War Requiem with the Orchestre de Paris conducted by Daniel Harding.

Besides his principle activity giving concerts and recitals, Christian Gerhaher is also a highly sought-after performer on the opera stage and has received several prizes such as the Laurence Olivier Award and the theatre prize Der Faust. Under Riccardo Muti he sang Papageno in a production of The Magic Flute in 2006 at the Salzburg Festival (issued by Decca as a DVD. Other roles include Eisenstein (Die Fledermaus), Posa in Don Carlo, Olivier (Capriccio) as well as the title roles in Monteverdi’s L’Orfeo, in Don Giovanni, in Debussy’s Pelléas et Mélisande (CD with LSO Live, Simon Rattle), and in Henze’s Prinz von Homburg. Wolfram in Richard Wagner’s Tannhäuser was and remains a constant role in his calendar in the opera houses in Berlin, Vienna, London and Munich where he last sang the role in June 2017 in the new production by Romeo Castelluci. A milestone in Christian Gerhaher’s opera career was his debut in the title role of Alban Berg’s Wozzeck in September 2015 at Zurich Opera House in the exceptional staging by Andreas Homoki (available as a DVD on the Accentus label; Gramophone Award in 2017).

During the 2017/18 season Christian Gerhaher was to be heard in two new productions at the Bavarian State Opera: in the autumn as Count Almaviva in Mozart’s Le nozze di Figaro in the new staging by Christof Loy and at the opening of the Opera Festival in June 2018 when Christian Gerhaher made his role debut as Amfortas in Wagner’s Parsifal. In March 2018 at Zurich Opera House he sang the role of Nikolaus Lenau in the world premiere of Heinz Holliger’s Lunea.

Productions in the 2018/2019 Saison include Robert Schumann’s Scenes from Goethe’s Faust at the Hamburg State Opera (Achim Freyer and Kent Nagano), Mendelssohn’s Elijah at the Theater an der Wien (Calixto Bieito and Jukka Pekka Saraste) and the reprise of David McVicar’s production of Mozart’s Le Nozze di Figaro, for the first time singing the role of Figaro at the Royal Opera House Covent Garden conducted by Sir John Eliot Gardiner.

Christian Gerhaher’s CDs are issued by Sony Music, with which he has an exclusive partnership. Accompanied by Gerold Huber, the Schubert, Schumann and Mahler cycles have been issued – a new recording of Schubert’s Die schöne Müllerin was released in autumn 2017; in autumn 2018 the duo’s third Schumann CD, also including the Kerner Songs will be released. Furthermore, Christian Gerhaher can be heard on CDs with orchestras in works by Bach, Haydn, Mozart, Mendelssohn, Brahms, Humperdinck, Mahler and Britten. Of primary importance to Christian Gerhaher is the music of Robert Schumann – both Das Paradies und die Peri and Scenes from Goethe’s Faust were recorded live and are available on CDs issued by Sony, RCO live, and also on the BR Klassik Label.