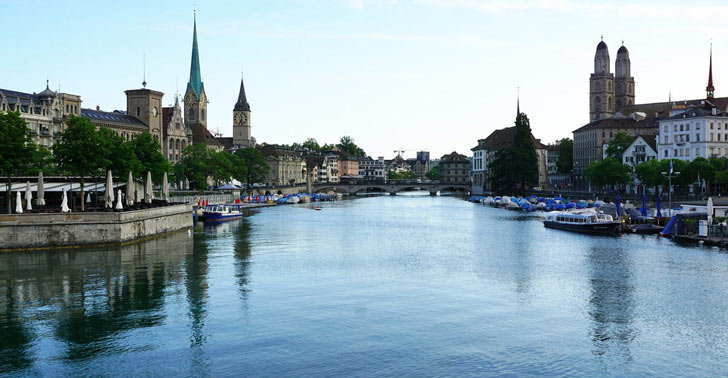 The Swiss economic capital welcomes you in its Alpine atmosphere… you shouldn’t miss a musical evening in the Zurich opera house, the Opernhaus Zurich !

A little history of Zurich ...

Settled around Zurich Lake, the Celtic Helvetians were the first occupants of the region. Helvetia was conquered by the romans in 15 AC, and Turicum, the old Zurich, became an important customs office because of its position on trade routes.

In 730, Zurich was integrated to West Francia. In 853, Ludwig II the German built a female convent, which later obtained many privileges such as holding a market or coining.

The Fraumünster, the Wasserkirche and the Grossmünster (the main churches and buildings) close to main procession routes. This lead to the development of religious activities.

During the thirteenth century, the city greatly developed politically: a town council was created. The city lost its religious influence.

In 1351, Zurich joined the Swiss Confederacy. Zurich was the fifth member. Austria then declared war to Zurich and the city was besieged. In 1352, a peace treaty was signed between the confederates and Austria. A third siege, this time with the Holy roman empire, occurred in 1354. After Zurich’s defeat, the weakened city decided to sign a peace treaty with Austria not to go through other sieges.

During the sixteenth and seventeenth centuries, Zurich adopted an isolationist policy. The city built large and high fortifications. In 1624, The funds were collected by force throughout the territory, which lead to riots. In 1648, Zurich dropped its Reichsstad status and became of the Republic of Zurich.

In the nineteenth century, the industrial revolution lead to a great economic development. Zurich became the economic capital of Switzerland and opened its stock exchange in 1873.

What to do in Zurich?

The Swiss economical centre is much more than a rich and developed city! Its architectural and cultural assets are a major pull-in!

Zurich’s old city is a wonderful place for a walk on the Limmat lake and river banks. The view on the Alps is breathtaking and the historical buildings are unmissable. Enjoy the boutiques, the bars and restaurants for a nice lunch or dinner in this fantastic district!

Art lovers will enjoy a visit at the Kunsthaus Zurich. Numerous impressionist, Dutch, Italian and medieval paintings are presented there, but also a couple works by Picasso! The temporary exhibitions are worth the detour…

You should also take a cruise on Lake Zurich to enjoy a fantastic view on the Alps!

Finally, go up the Uetliberg mountain! You may go by bus, by foot, by bike or cable car… it is easy to access! The view is magnificent, you will easily distinguish the different districts!

The Zurich Opera house has a great program with fantastic ballets and operas each season!

Before the modern Opernhaus, the city had the Aktientheater. This theatre was very appreciated by Wagner during his German exile. The theatre burnt down in 1890.

One of the most outstanding events of its history was the “re-staging” for the first time of the operas of Monteverdi and Mozart performed on period instruments at the instigation of the pioneer Nikolaus Harnoncourt supported by the legendary stage settings of Jean-Pierre Ponnelle. These productions contributed to the renaissance of Baroque opera and the rediscovery of a vast repertoire.

Between 1967 and 1984, the Opernhaus needed major renovations. Wagner’s “Die Meistersigner von Nürnberg” was the first opera performed at the grand reopening. Today the Opernhaus is one of the few theatres that can pride itself on presenting the greatest stars of the opera world in one and the same season. With its well-thought out and varied programming, the audience has every reason to be satisfied.

Zurich Tonhalle
Built in 1895, the concert hall has become a cult venue. It has stunning acoustics. The Orchestra of the Zurich Tonhalle is Switzerland’s oldest symphony orchestra. These days it has 101 musicians and puts on over 90 performances per season.

Head to Zurich to enjoy its Alpine landscape! Book your opera, ballet or concert tickets for the prestigious Opernhaus Zurich in advance to fully enjoy your stay in Zurich! 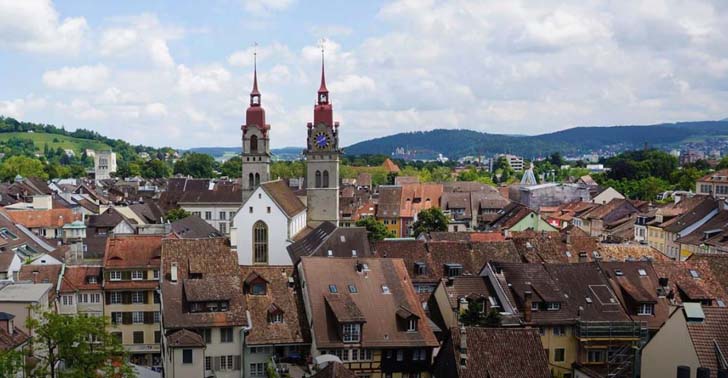