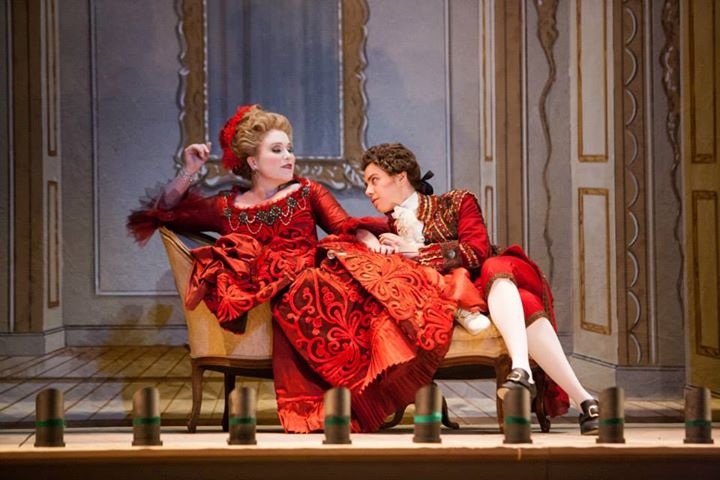 ALCINA, A MAGICAL OPERA
Alcina is one of George Frideric Handel's operas that fall into the opera seria genre.

HISTORY
It was originally borrowed from Orlando Furioso, a poem written by Ludovico Ariosto during Charlemagne's battles against Islam. The opera's was first performed in April, 1735.

Act 1
The opera starts with Bradamante's arrival at the shores of the Magical Island. She is disguised as Ricciardo (her brother) and is in the company of her guardian, Melisso. The island is under Alcina's rule and Bradamante believes that this enchantress has used her charms to seduce and bind Ruggiero to make him forget his roles and devotion to her. Morgana welcomes the two and develops feelings for Bradamante, not knowing that she is a woman.
The strangers are received by the witch when they get to her palace; her affections for Ruggiero are manifest. Oberto, who is out looking for his father, asks for Melisso and Bradamante for help but they are aware that the father has probably been transformed into a beast as the witch has done to her past lovers. Bradamante, still acting as her brother, gets to talks to Ruggiero but he reproaches her; he must stay with his one true love. Oronte tells Ruggiero of how the witch has treated her previous lovers but Ruggiero is doubtful and the enchantress convinces him to believe her. The act concludes with Morgana rejoicing about her new found love 'Ricciardo'.

Act 2
It begins with Ruggiero trying to find the sorceress -his enchantment is evident. Now disguised as Atlante (Ruggiero's old tutor) Melisso confronts Ruggiero and hands him a ring with powers to release him from the witch's spell. He now longs to see Bradamante again but when she comes before him with her real identity revealed, he is unconvinced and believes it to be another of the sorceress's magic charms. It doesn't take him long to make sense of it however, and soon, he makes plans to leave with Bradamante. This gets both Morgana and her sister heartbroken; Morgana feels even worse when she gets to learn that her betrayer is a woman and not a man as she had believed. Ruggiero is ready to leave the magic world, and the sorceress's efforts to stop him fail.

Act 3
Oronte is trying to regain Morgana's affection after he made her leave and at the same time, the witch is struggling to make Ruggiero stay with her. Ruggiero however knows he must fulfill his duty and get back with his betrothed. This upsets the sorceress who vows to revenge but Ruggiero, Melisso and Bradamante work to destroy her. Bradamante also aims to get all the sorceress's victims released before they exit from the island. Bradamante and Ruggiero finally get hold of the witch's enchanted urn and shatter it.
This takes away her magic powers and she has nothing left as her palace comes crumbling down and sinks into the sea. As this happens, her previously bewitched partners regain their identities and Oberto gets reunited with his father. Everyone is now happy; Ruggiero has liberated the realm.