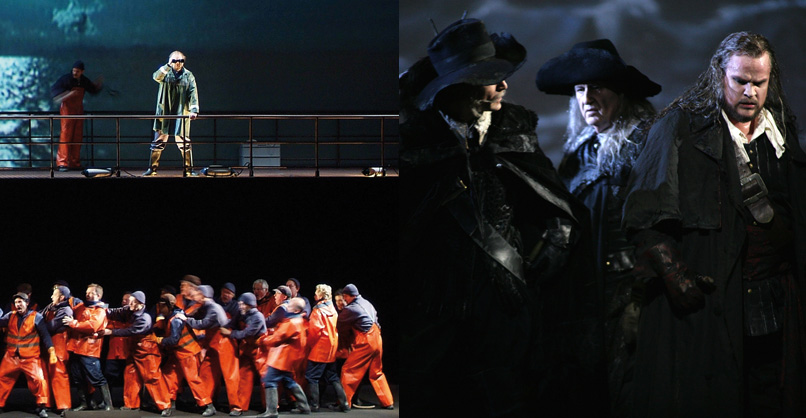 Der fliegende Holländer opera is the most interesting and attention grabbing play, set in French background and translated to various languages across the world. Der fliegende Holländer has been revived from the ancient age to present day performance. This has made the play to be more dramatic and humorous. In the past,

HISTORY
The history of the play is deep and not easy to trace the facts of its origin. The action takes place in the Cape of Good Hope, where the Dutch ship is caught in a snowstorm. Captain Daland is begged by the crew to look for a safe haven but he refuses and locks himself in the log cabin. The storm still increase and the captain defy the heaven to submerge the vessel. The play was revived in 1834 by a German playwright Heinrich Heine. The play was further changed to another version in 1843 by Richard Wagner.

Act 1
An aggressive storm blows the Norwegian fishing vessel away from home. The captain urges his crew to rest and leaves a youthful steersman in control, whom falls into slumber. All of a sudden a galleon drops an anchor to the boat. Captain Daland vows to navigate around the Cape of Good Hope. He is determined to get a lady who will be true to him till his demise. The captain later meets the Flying Dutchman, who later promises to marry Dalands daughter. The captain leads the Dutchman to his residence.

Act 2
The story of the Flying Dutchman is well-known. A portrait of him is hanged in the team leader's house, the women teases Senta about her lover, Erik. Mary declines to amuse the girls narrating the story of the Dutchman with a song. Erik comes in to announce the return of Daland boat, and the sailors are welcomed by the women. With a lot of anxiety Erik declares his love for Senta. Finally Senta leaves Erik and accepts the Dutchman proposal of falling in love with her, and this makes Daland to rejoice.

Act 3
The Daland vessel and the Dutchman's ship are anchored at the dockside, where the Norwegian women bring foodstuffs and drinks to the Dutchman's ship. Regardless of their mockery, no one replies to them. Out of fear the women hands in the food to Norwegian men in its place. Senta finally runs to the quayside and Erik follows her, who is hopeless that she has abandoned him to an alien. The scene ends with the vanishing of the Dutch ship and the crew. Finally Senta meets the Dutchman.