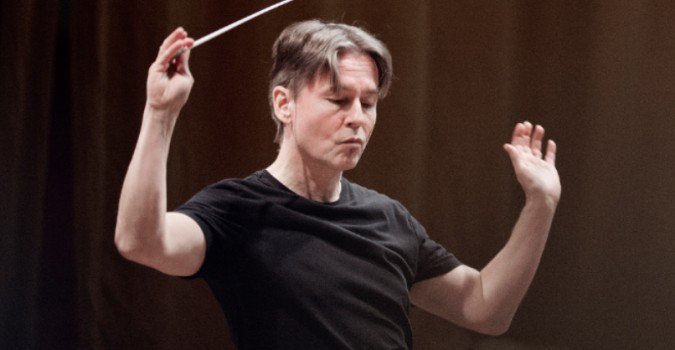 Certainly the most discreet but yet one of the greatest conductors at present, Esa-Pekka Salonen is both composer and conductor. This is perhaps one of the reasons why the artist approaches each repertory with a different eye, always presenting a sense of rhythm and orchestral beauty. Both present in opera and concert, he certainly has favorite composers like Bartok, Sibelius, Stravinsky or John Adams (and many others) but also knows how to present an interpretation that offers fidelity and inventiveness to Beethoven or Wagner.

Spectators who have had the chance to hear the leader directing Tristan und Isolde of Wagner have the memory of an exceptional moment of beauty and intelligence. Having been Chief Conductor of the Los Angeles Philharmonic Orchestra which he led to the summit before entrusting it to Gustavo Dudamel, Esa-Pekka Salonen now leads the Philharmonia Orchestra in London but often flies around the globe to gather applause. Like the greatest, he often sets aside the conductor to make space for the sublime composer through his sensitivity. Esa-Pekka Salonen is a great conductor and a fascinating artist.

Find all Esa-Pekka Salonen's latest news on his Facebook page !

Esa-Pekka Salonen’s restless innovation drives him constantly to reposition classical music in the 21st century. He is known as both a composer and conductor and is currently the Principal Conductor & Artistic Advisor for London’s Philharmonia Orchestra. He is the Music Director Designate of the San Francisco Symphony; the 2020-21 season will be his first as Music Director. He is Artist in Association at the Finnish National Opera and Ballet. He recently joined the faculty of LA's Colburn School, where he developed, leads, and directs the pre-professional Negaunee Conducting Program. He is the Conductor Laureate for both the Swedish Radio Symphony Orchestra and the Los Angeles Philharmonic, where he was Music Director from 1992 until 2009. Salonen co-founded—and from 2003 until 2018 served as the Artistic Director for—the annual Baltic Sea Festival, which invites celebrated artists to promote unity and ecological awareness among the countries around the Baltic Sea.

In 2019-20, Salonen conducts the Philharmonia at the Southbank Centre, at the BBC Proms, and on tour across Europe and Asia. This fall he will complete Weimar Berlin: Bittersweet Metropolis, a program celebrating Weimar-era German composers such as Paul Hindemith, Kurt Weill, and Alban Berg. Salonen will also begin his first Ring cycle with the Finnish National Opera, conducting Das Rheingold and Die Walküre this season. In February 2020, Salonen conducts two weeks of concerts with the San Francisco Symphony.

The breadth of Salonen's compositions is on display, with eleven works programmed around the world. These include Sisar, for solo piano, performed by Yefim Bronfman, Concert Étude for solo horn, performed by Ben Goldscheider, Floof and Five Images after Sappho for soprano and chamber ensemble, and major orchestral works Nyx, Stockholm Diary, and Pollux. His Piano and Violin Concertos are programmed at the Philharmonic Orchestra of Hradec Králové and Santa Cruz Symphony, respectively; and his Cello Concerto, at the SWR Symphonieorchester and Tampere Philharmonic. Salonen conducts his new piece Castor in its world premiere with the LA and New York philharmonics, alongside its 2018 companion piece, Pollux. He also conducts his own Cello Concerto on tour with the Philharmonia, with Truls Mørk as soloist, as well as his Violin Concerto with the San Francisco Symphony, with Leila Josefowicz as soloist. The Violin Concerto, which won the Grawemeyer Award, was featured in a 2014 international Apple ad campaign for iPad.

As Music Director of the Los Angeles Philharmonic for seventeen years, Salonen is widely credited with revitalizing the organization. He was instrumental in helping the orchestra open Walt Disney Concert Hall; presided over countless premieres of contemporary works; began the Esa-Pekka Salonen Commissions Fund, and made the orchestra one of the best-attended and funded in the country. This season he brings his Weimar program to the LA Phil, conducting a program of works by Hindemith, Weill, and Schoenberg.

In recent years, Salonen has experimented with groundbreaking ways to present music, with the first major virtual-reality production from a UK symphony orchestra; the award-winning RE-RITE and Universe of Sound installations, which have allowed people all over the world to conduct, play, and step inside the orchestra through audio and video projections, and the much-hailed app for iPad, The Orchestra, which allows the user unprecedented access to the internal workings of eight symphonic compositions. In 2015 he addressed the Apple Distinguished Educator conference on the uses of technology in music education.

Salonen is the recipient of many major awards, including the UNESCO Rostrum Prize for his work Floof in 1992 and the Siena Prize, given by the Accademia Chigiana, in 1993; he is the first conductor to receive it. In 1995 he received the Royal Philharmonic Society's Opera Award and two years later, its Conductor Award. Salonen was awarded the Litteris et Artibus medal, one of Sweden's highest honors, by the King of Sweden in 1996. In 1998 the French government awarded him the rank of Officier of the Ordre des Arts et des Lettres. Salonen was also honored with the Pro Finlandia Medal of the Order of the Lion of Finland and the Helsinki Medal. Most recently he was honored with the 2014 Nemmers Composition Prize, which included a residency at the Henry and Leigh Bienen School of Music at Northwestern University and performances by the Chicago Symphony Orchestra. To date, Salonen has received seven honorary doctorates in four different countries. Musical America named him its Musician of the Year in 2006, and he was elected an honorary member of the American Academy of Arts and Sciences in 2010.