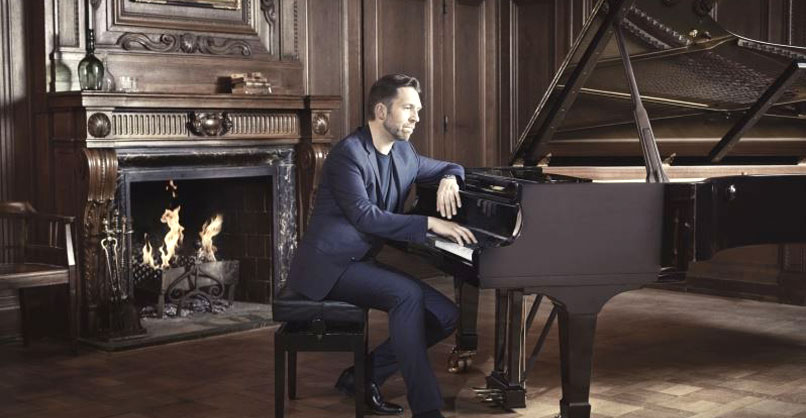 Leif Ove Andsnes was born in Karmøy, Norway in 1970, and studied at the Bergen Music Conservatory under the renowned Czech professor Jirí Hlinka. He has also received invaluable advice from the Belgian piano teacher Jacques de Tiège who, like Hlinka, has greatly influenced his style and philosophy of playing.  He is currently an Artistic Adviser for the Prof. Jirí Hlinka Piano Academy in Bergen where he gives an annual masterclass to participating students.

An avid chamber musician, he is the founding director of the Rosendal Chamber Music Festival, was co-artistic director of the Risør Festival of Chamber Music for nearly two decades, and served as music director of California’s Ojai Music Festival in 2012. He was inducted into the Gramophone Hall of Fame in July 2013, and received honorary doctorates from New York’s Juilliard School and Norway’s University of Bergen in 2016 and 2017, respectively.

Perhaps the Norwegian pianist’s most ambitious achievement to date is “The Beethoven Journey,” his epic four-season focus on the master composer’s music for piano and orchestra, which took him to 108 cities in 27 countries for more than 230 live performances. He led the Mahler Chamber Orchestra from the keyboard in complete Beethoven concerto cycles at high-profile residencies in Bonn, Hamburg, Lucerne, Vienna, Paris, New York, Shanghai, Tokyo, Bodø, and London, besides collaborating with such leading international ensembles as the Los Angeles Philharmonic, San Francisco Symphony, London Philharmonic, and Munich Philharmonic. The project was chronicled in the documentary Concerto – A Beethoven Journey (2016) and Andsnes’s partnership with the MCO was captured on the hit Sony Classical three-volume series The Beethoven Journey. The first volume was named iTunes’ Best Instrumental Album of 2012 and awarded Belgium’s Prix Caecilia, the second recognized with BBC Music’s coveted “2015 Recording of the Year Award,” and the complete series chosen as one of the “Best of 2014” by the New York Times.