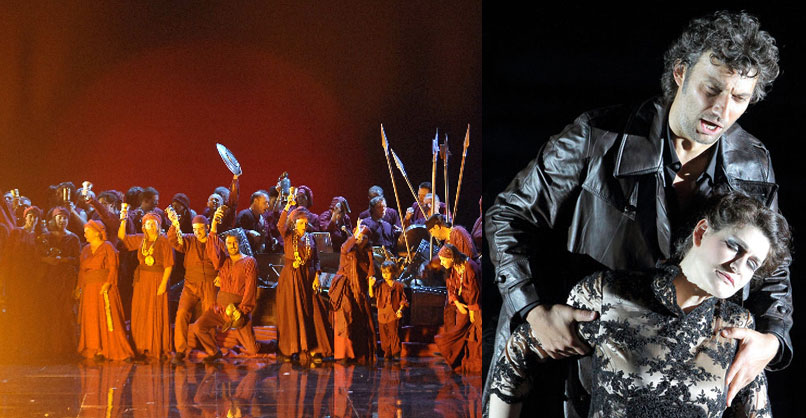 Manrique ,the troubadour, and a leader of the army of the Prince of Urgel, tenor
Count de Luna, a nobleman of the Prince of Aragon, enemy of Manrique, baritone
Azucena ,a gypsy, who has raised Manrique as her son, mezzo-soprano
Leonore ,a beautiful noblewoman, in love with Manrique, but desired by De Luna, soprano
Ines, Leonore's confidante,soprano