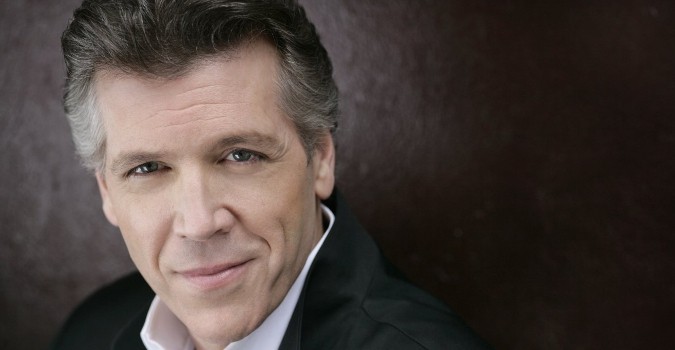 Probably the best baritone of his generation, he performs around three new roles each season with a constant success. In many recitals he’s a great defender of the American repertory and of Gustave Mahler.

Find all Thomas Hampson's latest news on his Facebook page !

Thomas Hampson, America’s foremost baritone, has received international honors and awards for his captivating artistry and cultural leadership. Lauded as a Metropolitan Opera Guild “Met Mastersinger” and inducted into both the American Academy of Arts and Sciences and Gramophone’s “Hall of Fame,” Hampson is one of the most respected and innovative musicians of our time. With an operatic repertoire of over 80 roles sung in all the major theaters of the world, his discography comprises more than 170 albums, which include multiple nominations and winners of the Grammy Award, Edison Award, and the Grand Prix du Disque. He received the 2009 Distinguished Artistic Leadership Award from the Atlantic Council in Washington, DC, and was appointed the New York Philharmonic’s first-ever Artist-in-Residence. In 2010, he was honored with a Living Legend Award by the Library of Congress, where he has served as Special Advisor to the Study and Performance of Music in America. Furthermore, he has received the famed Concertgebouw Prize.

Hampson is an honorary professor on the Faculty of Philosophy of the University of Heidelberg, and holds honorary doctorates from Manhattan School of Music, the New England Conservatory, Whitworth College, and San Francisco Conservatory, and is an honorary member of London’s Royal Academy of Music. He carries the titles of Kammersänger of the Wiener Staatsoper and Commandeur dans l’Ordre des Arts et des Lettres of the Republic of France, and was awarded the Austrian Medal of Honor in Arts and Sciences. In 2017, Thomas Hampson received the Hugo Wolf Medal from the International Hugo Wolf Academy, together with his long-time musical collaborator, pianist Wolfram Rieger. Hampson was awarded the Heidelberger Frühling Music Prize in 2019.

Thomas Hampson enjoys a singular international career as an opera singer, recording artist, and “ambassador of song,” maintaining an active interest in research, education, musical outreach, and technology, continually expanding his pedagogical activities. He is the Artistic Director of the Heidelberg Lied Academy, and collaborates with the Barenboim-Said Academy Schubert Week in Berlin each year. His recurring international master class schedule is a continuing online resource of the Manhattan School of Music, Medici.tv, and The Hampsong Foundation livestream channel.