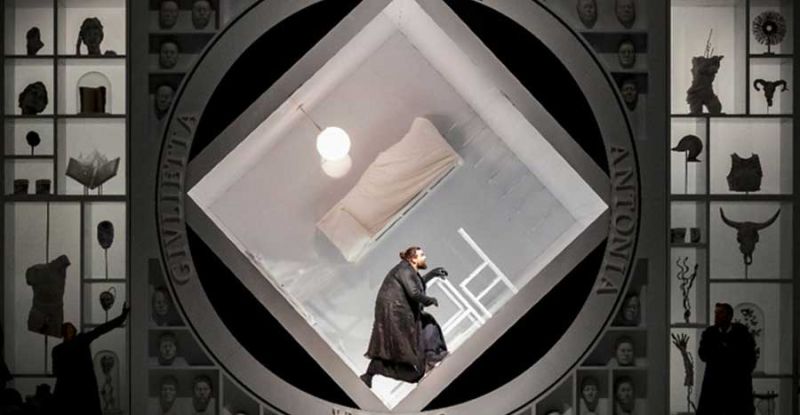 The Opernhaus Zurich's version of the legendary German opera, translated into English as The Tales of Hoffmann brings one of the best loved works of the nineteenth century to the European stage.

This beloved opera by Jacques Offenbach is based on five short stories by the German romantic author E.T.A. Hoffmann. Premiering in 1881, Les contes d'Hoffmann has been a fixture of the opera circuit because of the interesting nature of the stories that make up the prologue, three acts and epilogue.

Les contes d'Hoffmann is set in the nineteenth century and focuses on the life of E.T.A. Hoffmann himself as the main character in the opera. Asked by his competitor, Lindorf to tell those gathered in a tavern about his three great loves, Hoffmann does so through portions of the stories he published during the nineteenth century romantic period of German literature.

After being challenged to reveal his great loves by Lindorf in the epilogue, Hoffmann tells the story of Der Sandmann. With one of the most famous songs in the opera, The Doll Song, this popular act tells the story of Hoffmann falling in love with a mechanical robot known as Olympia. Not knowing she is a robot, Hoffmann falls in love and is then ridiculed when the inventor of the doll tears her apart over his unpaid fees.

Known as Antonia, the second act of the opera details the doomed love Hoffmann has for Antonia, who has been hidden from Hoffmann by her father, Crespel. Based on the story Rath Krespel, the father of Antonia briefly explains that his daughter will die is she sings again because of an unnamed illness. To protect her from Hoffmann, who encourages Antonia in her singing career he has hidden his daughter from the author. With Hoffmann trying to free his lover from the house the mysterious Dr. Miracle sets out to destroy Antonia by encouraging her to sing, instead of curing her of her illness.

A more mysterious tale than the others in the opera, the third act tells the story of Hoffmann's time in Venice. Here, Hoffmann falls in love with Giuilietta, a courtesan who has promised to steal the reflection of Hoffmann, as she has stolen the shadows and reflections of other men before him. Spurred on by Captain Daperutto, Giuilietta steals Hoffmann's reflection before tragedy strikes to end Hoffmann's last tale of love. 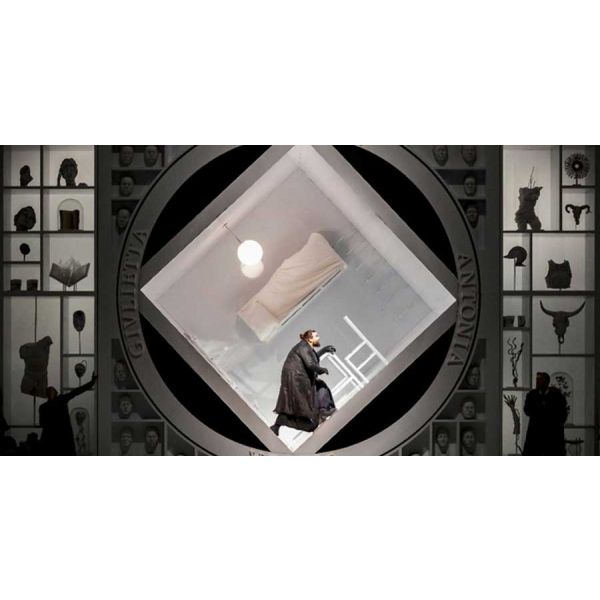