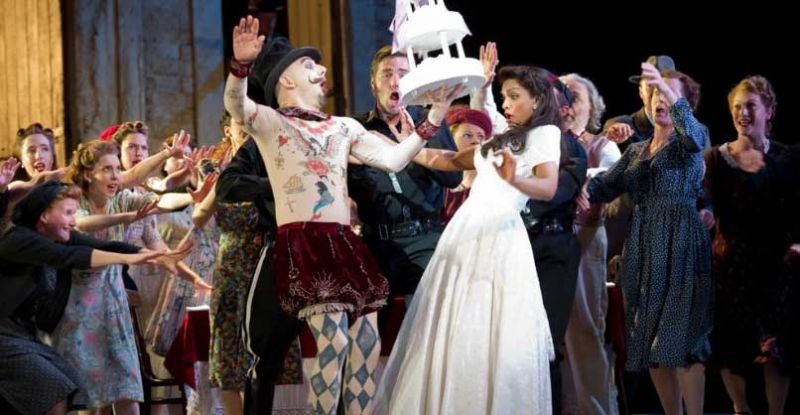 Sophisticated and wealthy, Adina is the toast of her small Italian town.

Country boy Nemorino loves her, but she only has eyes for Belcore, the smooth-talking sergeant who has swept her off her feet. So when a travelling doctor arrives in town, Nemorino pins all his hopes on a magical love potion. But nothing in this topsy-turvy comedy is ever quite as it seems…

Light, lyrical and bursting with energy, L’elisir d’amore was the biggest success of Donizetti’s career – a comedy with the softest of hearts and the sweetest of melodies, including Nemorino’s much-loved aria ‘Una furtive lagrima’. Updating the action to the 1940s, Annabel Arden’s production celebrates the opera’s original joyful, colourful spirit, painting a picture of an Italy on the brink of political change.

Sunny, funny, with hummable tunes and happy endings – we recommend L’elisir d’amore is if you’re bringing children to Festival 2020.

A revival of the 2009 production. Sung in Italian with English supertitles.